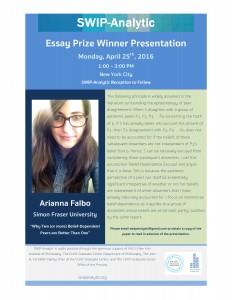 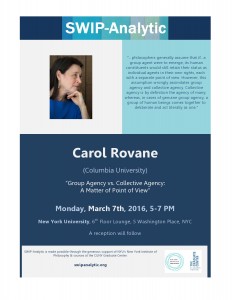 In this talk I’ll give the start of a theory of inquiry and inquiring, tying these to some familiar folk-psychological attitudes.  After that I’ll use this bit of the theory to characterize some different doxastic attitudes: belief, degrees of belief, and suspension of judgment.  I’ll use the theory of inquiry to argue that belief — the traditionalist’s “full” belief — has a special role to play in inquiry. Degrees of belief, even extremely high ones, don’t play the same sort of role.  I’ll bring some of the results of the talk to bear on suspension of judgment as well.  In general, the hope is to helpfully orient the doxastic around inquiry. 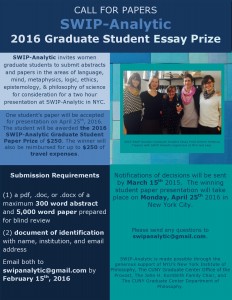 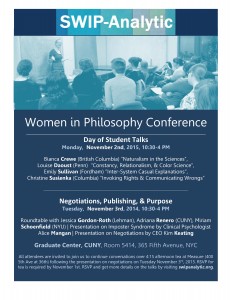 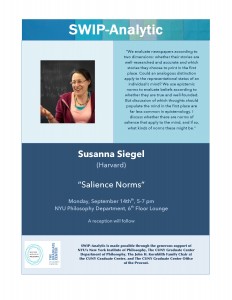 This entry is licensed under a Creative Commons Attribution-NonCommercial-ShareAlike 4.0 International license.

Need help with the Commons? Visit our
help page Send us a message

Built with WordPress Protected by Akismet Powered by CUNY